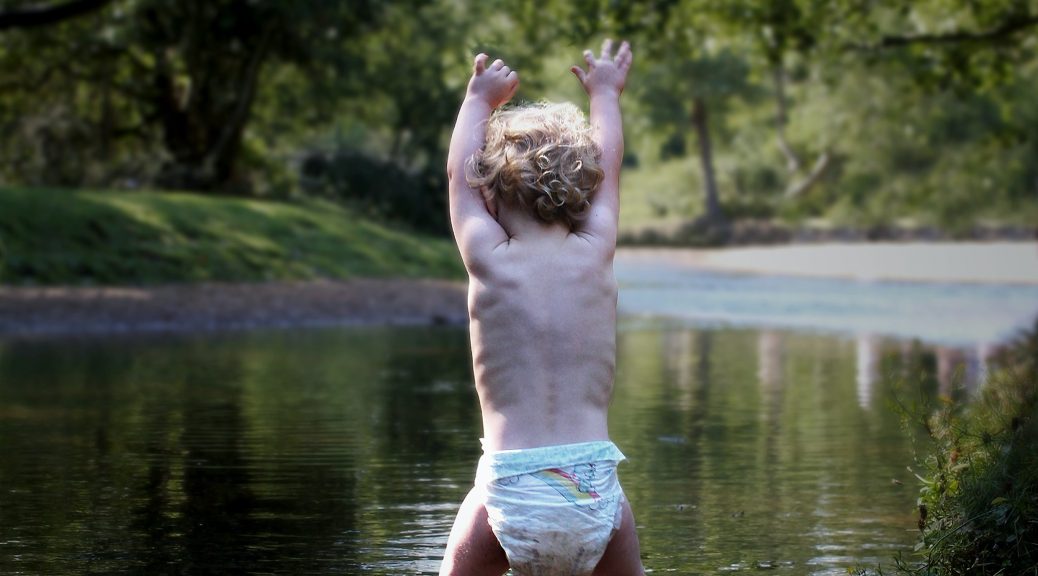 During the final year of the Bachelor of Midwifery at Griffith University, midwifery students are asked to write an opinion piece focussed on normal birth that could be published. Dr Jyai Allen convenes this course and supported the students to complete this work. Several of these were of such good quality that we offered students the option of having them published here. This is the second of five articles in a series. The author of this article preferred to publish anonymously.

Women are becoming increasingly aware of the importance of their baby’s gut health. Asthma, allergies, diabetes type 2, inflammatory bowel disease, obesity and cancer are on a growing list of chronic illnesses linked to disruptions of the gut microbiota (Azad et. al., 2013). The benefits of probiotics and prebiotics in infant and toddler formulas are heavily promoted by advertisers persuading parents to buy their products. Microbiota Transfer Therapy (MTT) has recently been found to improve autism symptoms (Kang, et. al., 2019). This treatment involves the transfer of faecal bacteria and microbes from a healthy individual to another person to improve their depleted gut microbiome.

How science is changing our approach health and chronic diseases

Many parents are unaware of how the mode of birth plays a vital part in establishing a healthy gut microbiome. Babies born vaginally have a gut microbiome akin to their mother’s vaginal and faecal flora. This transfer occurs as the baby passes through the birth canal absorbing the mother’s microbes. (Azad et. al., 2013; Dominguez-Bello et. al., 2010; Dunn et al., 2017; Yang, et. al., 2016).

As the rates of caesarean sections continue to rise across the globe, information sharing with parents about the potential impacts this form of birth on the baby’s gut microbiome is important. Other interventions are also commonly used during birth such as: the use of antibiotics, vaginal examinations, and artificial rupturing of the membranes (Johansson et. al., 2012; Yang et. al., 2016). These too can disrupt the baby’s gut microbiome.

The human microbiome is a new field of research…

Midwives need to be informed about the latest research and be confident to educate parents about the impact of the mode of birth on their baby’s gut microbiome. This is no easy feat considering the flood of evidence recently published on the topic (Lokugamage & Pathberiya, 2019). To provide some perspective, very little was known about human microbiome before April 2003 when the human genome was first sequenced (National Human Genome Institute, 2020). Since then, the science has grown exponentially and there remains much yet to be understood. But what we do know is that preventative health approaches will be the way of the future for eliminating chronic disease (Lewis et. al., 2020). Midwives in continuity of care models are ideally placed to maximise this opportunity as part of woman-centred care. This requires a great deal of open mindedness, continuous learning, and expansion in practice.

Vaginal seeding is a preventative intervention to help counter a baby’s compromised microbiome after a caesarean section. It involves the swabbing of the baby’s face, mouth, and nose with secretions from the mother’s vagina immediately after birth. Growing awareness of the benefits of healthy gut bacteria for newborn infants has parents demanding vaginal seeding as part of planned caesarean section (Wissemann, 2018). The feature-length documentary Microbirth was a powerful film which showed the microscopic world of microbes and how seeding takes place around the time of birth. The short and long-term effects of changes in the newborn’s microbiome are explored in the film along with the implications of altered microbiomes on the health of future generations. This documentary did much to raise public awareness about the importance of the human microbiome for health (Harman & Wakeford, 2014).

Vaginal seeding can modify the baby’s microbial composition which may help override the disturbance caused by  caesarean section (Dominguez-Bello et. al., 2010). To date only one pilot study has investigated the efficacy of this intervention. Although the sample group was very small (four babies), within the first week of life the results showed these babies had developed microbiomes that compared to babies born vaginally (Wissemann, 2018). Although the seeded microbiomes were only partially restored, the results were promising. Clearly, more research into this intervention is needed before it can be implemented into clinical practice on a wide scale.

The deluge of information available means healthcare is becoming increasingly consumer driven. This is not a bad thing. Consumer involvement helps to move our health systems in the right direction. Public access to science journals means astute parents have more information at their fingertips about health than ever before. Well informed parents can leave doctors and midwives underprepared when asked about vaginal seeding for a planned caesarean. The lag in time between the announcement of an exciting new discovery and the reality of its safe introduction into practice often means consumer expectations are way ahead of practice.

Midwives may serve women better by promoting normal birth as the preferred option for protecting a baby’s microbiome when a planned caesarean section is negotiable. Supporting and encouraging women to birth vaginally, followed by immediate skin to skin and early breastfeeding, is the ideal for establishing a baby’s healthy gut microbiome.

Home is where the good bacteria live

There is also strong evidence to support home as the optimal birth environment for protecting a newborn’s microbiome. Every person has a unique microbial thumb print which transfers to our living environments. Skin shedding, respiratory activity and skin to surface contact permeates our habitats with our unique flora. This creates microbial diversity within our homes which effects immune defence and disease transfer among the inhabitants. People who live together share the same microbiome (Lax et. al, 2014). A baby born at home is entering an environment where there is already a shared microbiome established. This is in direct contrast to clinical environments which expose a baby to unfamiliar microbes which can be very harmful to health.

Vaginal seeding… is it safe?

Concerns about infectious diseases are at the centre of the argument against vaginal seeding. Chlamydia, HIV, group B streptococci (GBS) and bacterial vaginosis are among the pathogens under the spotlight (Haahr et. al., 2017). The Royal Australian College of Obstetricians and Gynaecologist [RANZCOG] (2016) offers scant information about vaginal seeding. Instead it refers to a British Medical Journal [BMJ] article (Haahr et. al., 2017) via a link for those seeking further information. The BMJ article does not recommend the practise of vaginal seeding in maternity wards. The Danish Society of Obstetrics and Gynaecology’s stance strongly opposes the intervention, highlighting significant risks to babies exposed to GBS and those less than 37 weeks gestation. Early skin to skin to encourage breastfeeding is recommended which is said to “indirectly” boost beneficial gut microbiota (Haahr et. al., 2017, p. 3).

There is notable hesitance from RANZCOG to formalise an opinion about the safety of vaginal seeding. This ambivalence is highlighted in the infection argument with a suggestion that all vaginal births are inherently risky due to inadvertent exposure to pathogens. A hint of resignation is evident in the conclusion which states that the risk associated with vaginal seeding is “probably very low, but in contrast to vaginal birth, vaginal seeding is not a natural process” (Haahr et. al., 2017, p. 3).

So how does a midwife approach vaginal seeding in practice?

The best option to addressing the ongoing debate and controversy surrounding vaginal seeding is to bring it into a women-centred framework. Discussions with women about the general risks associated with caesarean section should also include the changes to the baby’s gut microbiome and the possible long-term effects this can have on immunity and health. It is appropriate to share this information in order to ensure women are supported in the informed decision making process. Health institutions and their employees are not under any obligation to provide vaginal seeding as part of their maternity services. However, conversations should take place with parents about the current evidence. Furthermore, there should be no overt or covert obstructions from doctors or midwives for parents who do wish to practise vaginal seeding independently (Lokugamage, & Pathberiya, 2019).

Thinking outside the square

The World Health Organisation states that caesarean sections are medically necessary in 10 to 15% of cases. However, in Brazil over 60% of babies are now born by caesarean section. This is a global trend and it is not sustainable (Mueller, et. al, 2019). In fact, it is vital to robustly challenge the rising rate as the evidence increasingly shows the long-term damage we are inflicting on the health of future generations. The science behind the human microbiome may well be in its infancy but it offers hope for the rebirth of normal birth.

Wissemann, K. (2018). Exploring Western Australian midwives’perspective on vaginal seeding and how it will affect their practice. Women and Birth, 31(S1), S45-S46. https://www-sciencedirect-com.libraryproxy.griffith.edu.au/science/article/pii/S1871519218305663